Police raid of buses in desert

We had made yet another show in Tucson, Arizona and decided to spend the night before passing the border, in the desert. What we didn’t know at the moment was that Alberto had been caught at the airport and deported. He was wearing a machete coming to the airport to pick up a package. Now seven police cars raided our camp. Several of us have now been four years as illegals in the US. 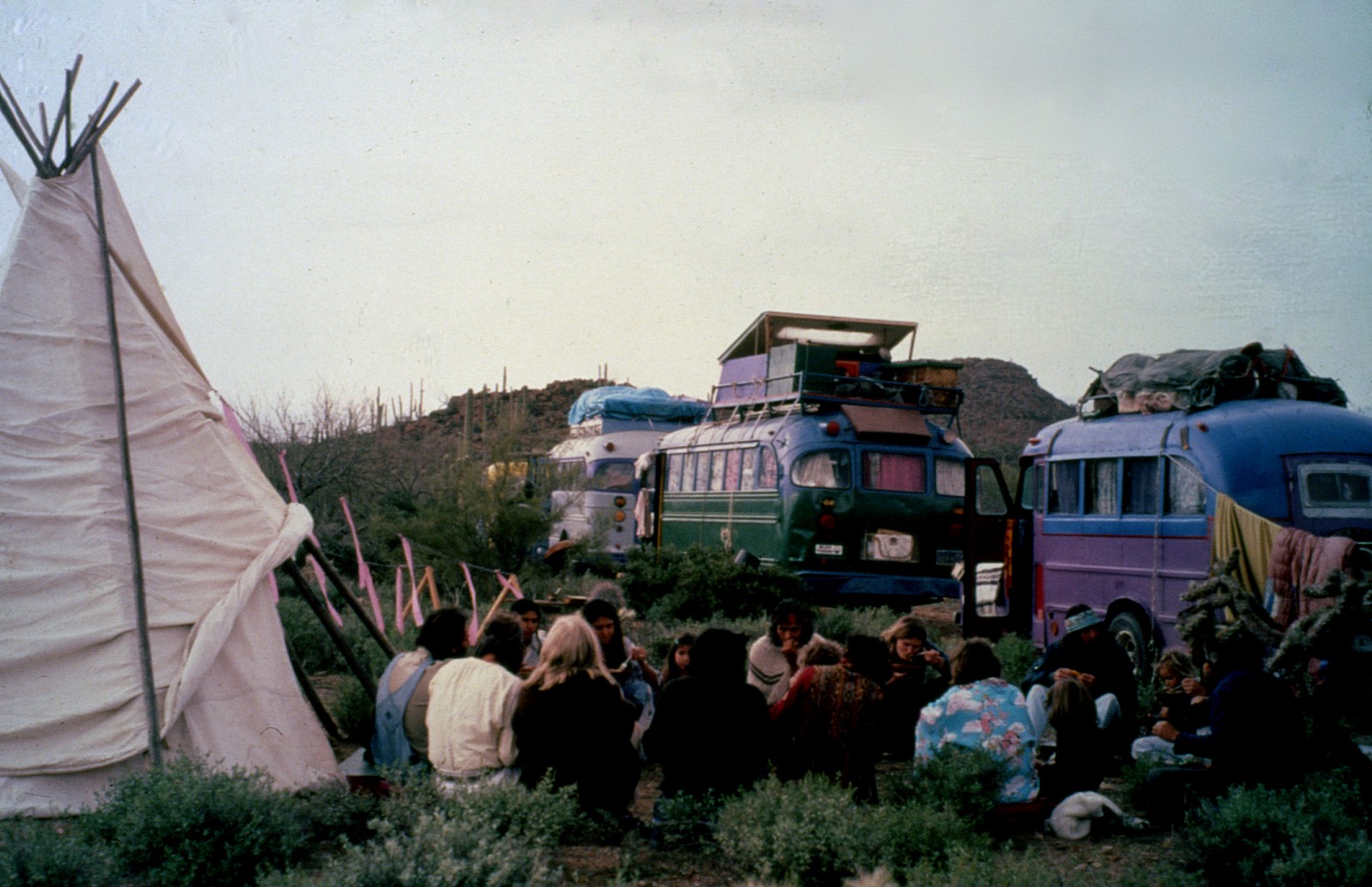