After a surreal incident at the border where we first were denied entrance because of our long hair but later decided to try again to enter as pilgrims. After a bold move we succeeded to get a visa after that the consul in Tapachula, Mexico first told us that long hair was seen as not fitting in the Guatemalan society, gave the same hippies permit to go to the Black Christ festival in Esquipulas inside Guatemala. We celebrated our victory. It was not the first nor the last time that long hair was an obstacle to be overcome.
On the road to Chichicastenango we stopped for some waiting children and offered to drive them to school. Guess the faces of the children when they entered our colorful bus expecting the normal school-bus. 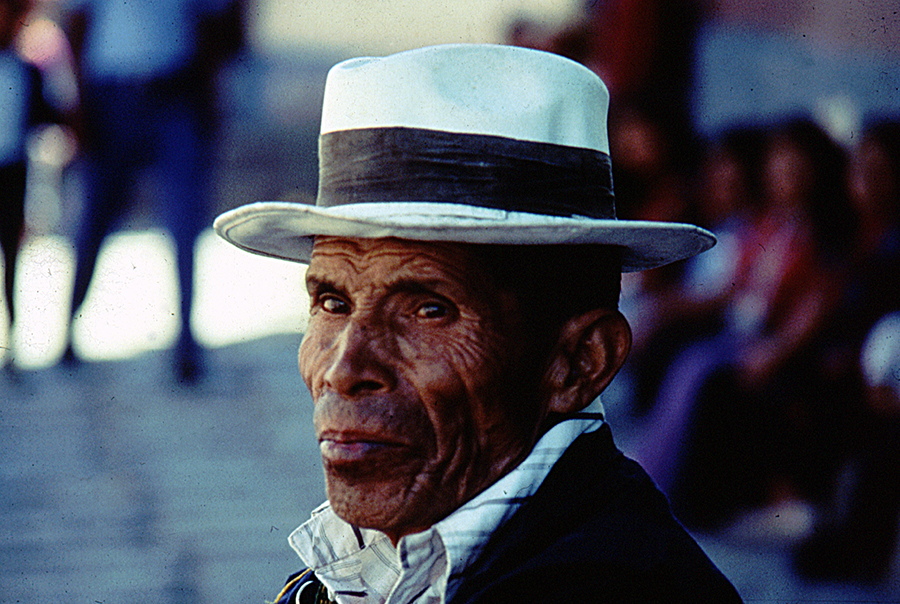